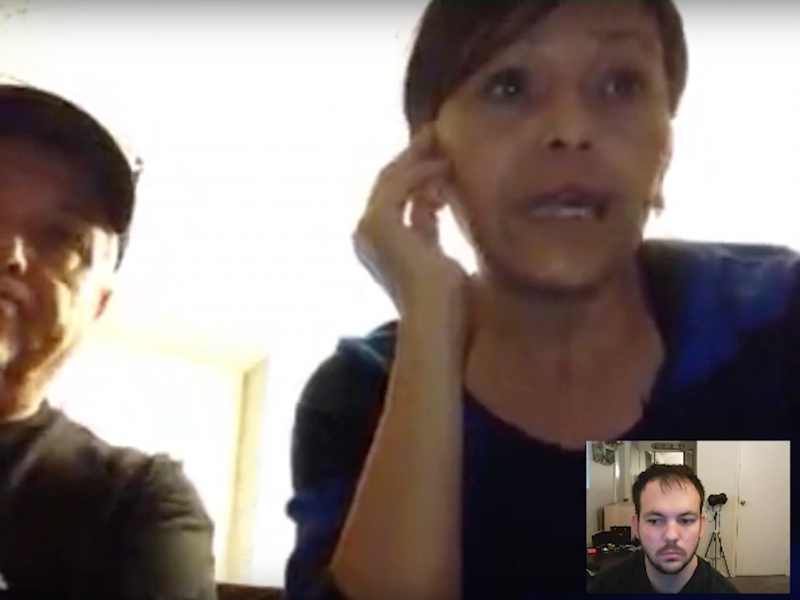 I’m excited to present Brian’s final project 2016 internship project! Here is a sample of 2016 U.S. presidential election draws attention on both sides of the border – watch below, then click through to see the all the interviews and the full set of posts. The DREAMer Moms of Tijuana and their mission / Las Madres Soñadoras de Tijuana y su misión

Faith and Phoenix: Convening in Arizona after SB1070, Part 2

Faith and Phoenix: Convening in Arizona after SB1070, Part 1

Uncertain future for detained #Dream9: an example of sourcing the story

Family through a fence

A publicly accessible website went online one week ago that provides maps and data based on the location where bodies presumed to be migrants have been recovered in southern Arizona. The Arizona OpenGIS for Deceased Migrants is “the result of ongoing partnership” between the humanitarian group Humane Borders, Inc. and the Pima County Office of the Medical Examiner (PCOME). And so I ended up in a southbound car with New York Times reporter Fernanda Santos and freelance photographer Joshua Lott to learn about how the database works. In the years since the first time I visited PCOME, many things have changed. Dr. Bruce Parks, whom I interviewed for Unidentified dead common on the border, retired in the summer of 2011 and Dr. Gregory Hess is now the medical examiner.

MFM blog update: summing up the first year of the search for Andy

When Eddie contacted me in August 2011 neither of us knew how long the search for his brother-in-law Andy might last. After working with law enforcement, humanitarian volunteers, activists and the medical examiner, Andy’s family is still waiting for answers. Some have consulted psychics known as brujas. Some have driven the highways of Arizona stopping at local hospitals, police stations and prisons. Others have retraced Cota’s route from Tijuana to Cananea, posting flyers with his name and photographs along the way.

A call from the dentist

Yesterday he called back to update me on their trip. “They came back empty handed with no information, they asked people and they didn’t have anything,” Eddie said. “They reported that the Mexican police, they looked around and nobody had any information.”

But he had something more pressing to discuss. “That’s some breaking news that the medical examiner called from Arizona, they have some information that they called the dentist,” Eddie said.

The trip that never was

Eddie and his wife Monse had planned to drive down in February to look for her missing brother Andy along the U.S.-Mexico border in southern Arizona. But, energized by the words of the psychics they consulted, her family developed other plans. “All of the sudden Monse’s family is getting excited they want to go look for them,” Eddie said at the end of January. “Every time Monse and I we want to do something they get, the family gets excited and they start some activities.”

Eddie and Monse had planned to talk to radio stations and visit shelters. “Monse and I, we meet these people so Monse can tell her story here what’s going on with the brother,” Eddie said.

The brujas are back

I checked in with Eddie this weekend to see how the holidays had gone. In mid-December, he’d mentioned that he and his wife Monse were discussing coming south to look for Monse’s missing brother-in-law Andy again. They hadn’t come yet but he did have some news for me: the brujas are back. “I’m trying to go convince there’s no such thing, you know, don’t believe those people,” Eddie said. But about two weeks ago, Andy’s sister in Tijuana went to one and the information she shared with Eddie’s wife Monse has Eddie worried.

from the field: crossing the line

(more to come from Wednesday’s trip across the border to Nogales, Sonora)

Questions still: a year of living with the unknown

A year ago, through his brother-in-law Eddie, I learned how a Los Angeles area hair salon owner named Andy had gone missing along the U.S.-Mexico border, trying to return home after burying his mother in Sinaloa. A few weeks after his disappearance, Andy’s large family of brothers and sisters, spouses and cousins, nieces and nephews-in-law were scared and anxious. They turned to each other and individually they turned to outside sources including friends, hospitals, law enforcement and psychics on both sides of the border, even questioning the potentially dangerous coyote smugglers paid to safely guide Andy home – but they weren’t finding answers. One year later, they know barely anything more than they did when Andy first went missing. Here’s what they know (also used to generate Andy’s timeline):

On a cloudy day with cool-for-Phoenix temperatures in the low 90s, a small group clustered around the Arizona Department of Health Services entrance, reporters holding mics and cameras up to catch the words of local activists giving press conference follow-up comments amid the noise of street and air traffic. The faces and backgrounds were as diverse as the groups they represented which included churches, labor organizations and activists for peace. The real event that would bring them all together would take place that evening, when the Caravan for Peace tour arrived downtown, but they were here to explain why they brought the tour to Arizona. “We have members who have family members living in Mexico,” said Rev. Liona Rowe of Shadow Rock United Church of Christ. “I can’t say that there’s anyone particularly in the congregation who’s been directly impacted by that and yet all of us are impacted, the way our communities are so dysfunctional can certainly be traced back to what’s going on.”
And it’s communities like Shadow Rock that did the planning for the events and are also providing hospitality for the Caravan tour as it travels.

A year ago, Andy’s family was coming to the realization that something had gone wrong. Instead of making an illegal and dangerous border crossing from Mexico to the U.S. somewhere in southern Arizona, Andy had disappeared. Now, just over a year later, they still do not know what happened to him. But they have worked with me on developing a timeline of Andy’s travel between Mexico and the U.S. which is posted today.

barrio brujas: turning to the other side

This summer Eddie has described what he considers troublesome developments when it comes to how his family is handling Andy’s disappearance, now nearly one year ago. “The family of Monse, they’re going to these people like card readers, they are like, you know, what you call this…?” “Like psychics?” I asked. “We’re dealing with those those brujas, you call them, brujas,” Eddie said.