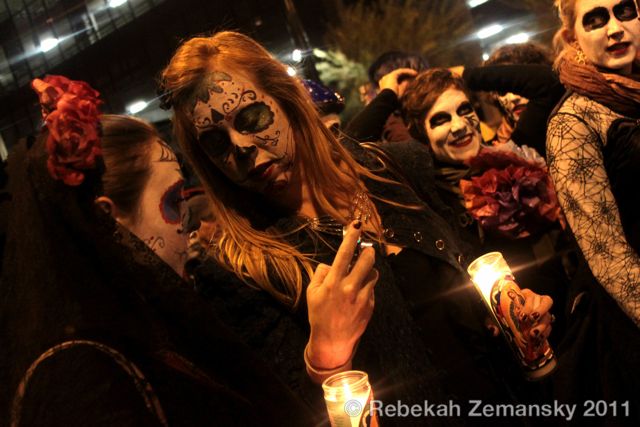 2013: A partial listing of articles, photos, videos, reports and infographics about border issues, forensics and reporting.

For earlier material: News article highlights & updates: 2012 and before

• Immigration Reform: How Hard Is It To Become A US Citizen? Play The Game – International Business Times on 2 August 2013

• Weeks After Deadly Fire, Town Struggles to Pick Up Pieces – The New York Times on 27 July 2013

• Immigrants brought to US illegally will head to Mexico, then try to return to challenge law – Minneapolis StarTribune on 18 July 2013 (also Bring Them Home: A Border Crossing Protest Loaded with Risks – Fronteras Desk on 19 July 2013 and Press Release: Five Deported DREAMers Will Attempt to Cross Border Monday – Dream Activist on 21 July 2013)

• Along With Dolls and Stuffed Animals, Making Time for Immigration Activism – The New York Times on 17 July 2013 (also Arizona Couple Among Dozens To Get Deportation Relief – Fronteras Desk on 18 July 2013)

• Scarp: In wake of Yarnell fire, the painful process of moving forward from disaster – East Valley Tribune on 7 July 2013

• Joe Heck on immigration: ‘This is not a Mexican issue, this is not a Hispanic issue’ – The Washington Post on 5 July 2013 (and On immigration reform, nobody’s happy with Republican Joe Heck from 4 July)

• With tears and cheers, new Americans take oath of citizenship – The Los Angeles Times on 3 July 2013

• In 17 Cities, Faith Leaders And Immigrants Are Fasting To Stop Deportations – Think Progress on 3 July 2013

• The 19 Fallen Arizona Firefighters,
As Arizona Fires Rage On, Inquiry Into Firefighters’ Death Focuses on Wind and Boys With Firefighting Dreams, and Goodbyes That Turned Final – The New York Times on 2 July 2013 (+ 2011 Video: The Forest for the Trees)

• Inside the Yarnell, Arizona, Fire: How It Happened, and the Questions Still Unanswered – The Daily Beast on 2 July 2013

• Op-Ed: Immigration and American Society – The Huffington Post on 2 July 2013

• 19 fallen firefighters plunge Prescott, Ariz., into grief, Arizona wildfire raises question: What have past fires taught us?, Interactive graphic: Emergency fire suit and shelter and Graphics: Who they were: Fallen Arizona firefighters – The Los Angeles Times on 1 July 2013

• Immigration and Entrepreneurship – The New York Times on 1 July 2013

• It’s brutal out there’: Weekend heat wave to bake western US – Associated Press via NBC News on 27 June 2013

• Looking Beyond the Wall: Encountering the Humanitarian Crisis of Border Politics and Why Build a Border Wall? – UTNE Reader on May/June 2013

• Looking Beyond the Wall: Encountering the Humanitarian Crisis of Border Politics and Why Build a Border Wall? – UTNE Reader on May/June 2013

• Day 1: From the Emerald Triangle to the Sunflower State: The inside story of Lawrence’s cross-country drug pipeline (with Criminal Complaint and Drug Conspiracy Indictment) – Lawrence Journal World on 26 May 2013 (also: Day 2: The California Connection with Dahda Timeline and Drug Case Locations, and Day 3: Couple plead guilty, plan to marry amid biggest drug bust )

• As border tightens, some U.S.-Mexico neighbors reach across the fence – Reuters on 25 May 2013

• Pilot accused of ferrying illegal immigrants to Chandler and PDF: Criminal complaint against James Bissell – Arizona Daily Star on 25 May 2013

• Immigration cases make up 40% of federal prosecutions, study says – The Los Angeles Times on 21 May 2013

• Arizona Desert Swallows Migrants on Riskier Paths with photos: Relics of a Deadly Journey and interactive map: Migrant Deaths in Southern Arizona – The New York Times on 20 May 2013

• In Mexico, restrictions on U.S. agents signal drug war shift – The Washington Post on 14 May 2013

• U.S. role at a crossroads in Mexico’s intelligence war on the cartels and Mexico’s competing drug cartels – The Washington Post on 27 April 2013

• Forensic Legend in Our Own Backyard – Arizona Magazine in spring 2013

• For hotshot firefighting crews, preparing for the worst becomes a way of life – on 25 April 2013

• Conservatives lash out at immigration reform – Politico on 11 April 2013

• Securing the Southwest Border – The Arizona Republic on 7 April 2013

• Will Unauthorized Immigrants Get Federal Health Benefits After Reform? – Fronteras Desk on 6 April 2013

• The Mexican Connection, Part III: The Huddled Masses – The Weeklings on 26 March 2013

• The Mexican Connection, Part I: Cannabis Wrecks – The Weeklings on 12 March 2013

• What Happens If You Don’t Cooperate At Border Check Points? – Fronteras Desk on 7 March 2013

• No to Racial Profiling, No to Family Separation: Why I Crawled Underneath a Border Patrol Vehicle to Prevent an Immigrant Father’s Detention – AlterNet on 4 March 2013

• Many immigrants in the U.S. stop midway along the path of citizenship – Washington Post on 3 March 2013

• At U.S. border, an emergency pass that’s not easy to get – The Los Angeles Times on 20 February 2013 (also In The Southwest, Who Gets Humanitarian Parole Is Decided By Border Agents – Fronteras Desk on 21 February 2013)

• Second-Generation Americans: A Portrait of the Adult Children of Immigrants – Pew Research Center on 7 February 2013

• Casinos turned them in to Border Patrol, 3 local patrons say – The Arizona Daily Star on 3 February 2013

• The great escape: European migrants fleeing the recession – The Guardian on 30 January 2013

• Over the line: Fighting corruption on our border – CBS News on 13 January 2013

• Arizona vs. Massachusetts – The Arizona Republic on 12 January 2013

• Who had the longest wait for an immigrant visa this month? – Southern California Public Radio on 1 January 2013 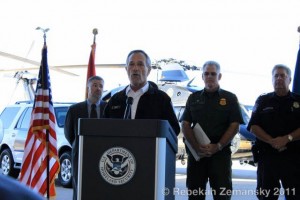