Eddie and his wife Monse had planned to drive down in February to look for her missing brother Andy along the U.S.-Mexico border in southern Arizona. But, energized by the words of the psychics they consulted, her family developed other plans.

“All of the sudden Monse’s family is getting excited they want to go look for them,” Eddie said at the end of January. “Every time Monse and I we want to do something they get, the family gets excited and they start some activities.”

Eddie and Monse had planned to talk to radio stations and visit shelters.

“Monse and I, we meet these people so Monse can tell her story here what’s going on with the brother,” Eddie said. “But no, these people are interfering so much, they’re telling us to do it the way, to do it properly.”

Monse’s oldest brother Robbie decided to come up from the family home in Los Mochis to meet with Johnny, a cousin in Tijuana who hosted Andy during his first attempts to get back to Los Angeles. Then the two would travel to Nogales, Canenea and Agua Prieta.

“They came up with this idea after they heard us going,” Eddie said.” “I say, you know what, you guys want to go look for him, go ahead, be my guest, and we’ll see if you guys can find him.”

Monse’s twin brother, Alfie, made up flyers for them to pass out.

“They’re going to get one prepaid phone number, they’re going to put the number there,” Eddie said of the flyer which had a blank spot for the contact information. “They said they’re not going to put our phone numbers because they’re afraid of people calling and asking for money, ‘oh, we know this person, we have him, send us money so we can release him,’ things like that.”

The family was gathering money for more printing and for Roberto and Johnny’s travel.

“After the sister went to those the brujas they decided, ‘ok, it’s time to do it.’” Eddie said. “So our trip is being postponed till these people find out what’s going on.”

Eddie said it was likely they would still make their own trip but he didn’t know when.

“I’m doing fine, just frustrating,” Eddie said. “They say we do things, we do this, we do that, we’re still back to point one.” 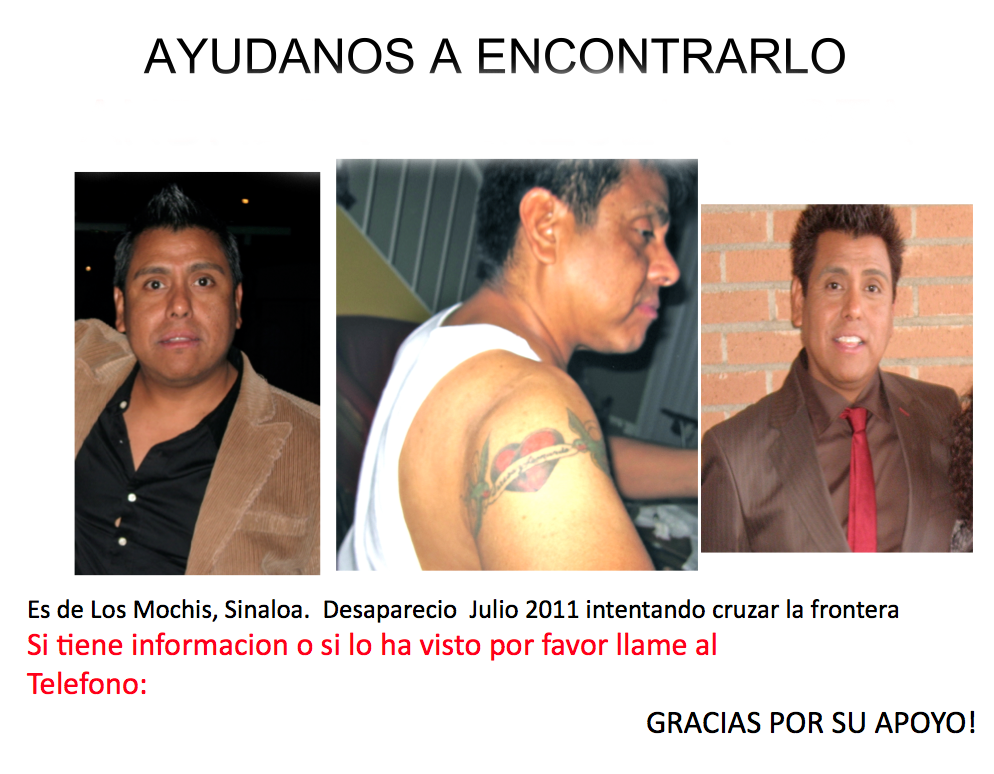