Rebekah Zemansky was born curious. She completed a double major in political science and international studies at the University of Kansas followed by a Master’s at Arizona State University’s Walter Cronkite School of Journalism and Mass Communication. She has been a News21 Carnegie-Knight fellow reporting on the U.S.-Mexico border and a staff reporter covering public safety for Cronkite News. She’s ridden on border patrols, hiked with humanitarians, and conducted interviews in parking lots, morgues, shelters and tattoo shops as well as the Arizona state capitol. She’s traveled more than she deserves to but not nearly as much as she wants to. She hopes to combine her interests, skills, and training for collecting multimedia and telling diverse stories. Her

She couldn’t do this alone and wants to thank: Fernanda, Lauren and Chrystall for inspiration and encouragement, Mykaela, Ryan and Brian for joining the project, and Ellen and Steven for unconditional support including proof reading, road trips and dinners. 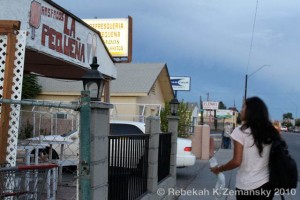 • Unidentified Dead Common on the Border – A report exploring how doctors, law enforcement, forensic anthropologists and families of missing immigrants band together in an effort to match unidentified dead bodies with missing persons along the U.S.-Mexico border in southern Arizona. (also available in pdf or through the News21 2010 ASU Team site)

• Death in the Desert 2004 – 2010 – An interactive data map for Unidentified Dead Common on the Border showing recorded migrant deaths in southern Arizona from January 2004 to July 14, 2010.

• Missing & Missed – Concepcion and Laura Elizabeth traveled through the Arizona-Sonora bordertown of Nogales in the summer of 2009 – and were never heard from again. (also available in pdf or through the News21 2010 ASU Team site)

• Family Ties – The story of two families linked by living with loss (interviews and other background material from Missing & Missed).

• VOBI – 25 assorted interview clips from academics, activisits, law enfocement and politicians on both sides of the U.S.-Mexico border about area issues in the summer of 2010.

• Uncertain Journey – Interviews and other background material from Unidentified Dead Common on the Border. 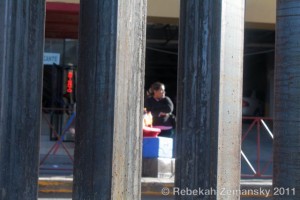 • Arizona Desert Swallows Migrants on Riskier Paths with photos: Relics of a Deadly Journey and interactive map: Migrant Deaths in Southern Arizona – The New York Times on 20 May 2013

• ME: Dever intoxicated, not wearing seatbelt during fatal rollover – Tucson Sentinel on 5 October 2012 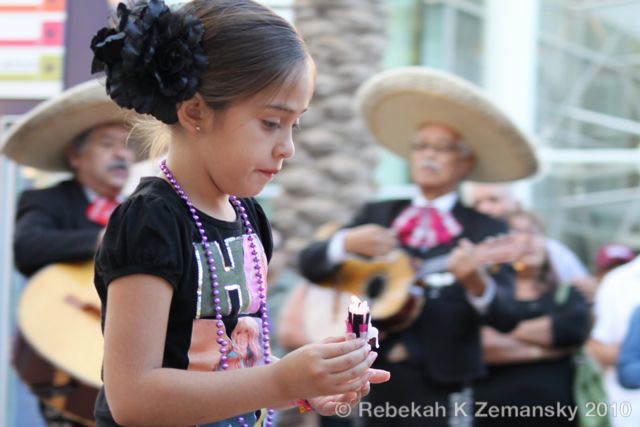