I checked in with Eddie this weekend to see how the holidays had gone. In mid-December, he’d mentioned that he and his wife Monse were discussing coming south to look for Monse’s missing brother-in-law Andy again. They hadn’t come yet but he did have some news for me: the brujas are back.

But about two weeks ago, Andy’s sister in Tijuana went to one and the information she shared with Eddie’s wife Monse has Eddie worried.

“My wife was talking to her sister from TJ,” Eddie said. “And again they are superstitious, her sister goes to one of those witchcrafts. So the lady says to the sister, ‘oh he’s alive, he is homeless, he lost his mind, you have to go look for him in the streets near by the border by Arizona.’ My wife is believing that stuff.”

I ask how Monse reacted.

“They want to go look,” Eddie said. “You know how they are they believe those things and they go and talk to these people, and she doesn’t say exactly where or what, just say, ‘go look in the streets.’ where in the streets? It’s by the border, it takes you years and years to finish looking in those streets.”

Eddie has asked about what happens to border crossers when they’re returned to Nogales and I’ve told him about the services I’m aware of including the government coupons and shelters like Kino, run by Jesuits, and San Juan Bosco, run by a local family.

“She also say that there’s a possibility that he’s in one of those homes that they cross the border,” Eddie said. “He’s probably still one of those shelters and he doesn’t have money and he’s in bad condition. But eventually they find who they are and then they contact the family, right?”

Eddie asks if the shelters keep records. Andy has been missing since July 2010 and eligibility for most services runs out after less than a week, except in special cases like the man at San Juan Bosco who’s preparing a law suit against Border Patrol for back injuries allegedly sustained during his arrest. He’s too ill to travel and getting legal help, possibly from the government.

Eddie also thinks it’s doesn’t make sense that if Andy were staying at one of these places, neither Andy nor anyone helping him wouldn’t have reached out to the family.

“I’m sure that people notify the families, because he has family really close by in Nogales, he has family in California, he has family,” Eddie said. “He wasn’t from South America like El Salvador or Guatemala or anything that far away and nobody near him, you know, they would have contacted us.”

But Eddie and Monse are still considering coming south later this winter. They would cross the border and meet with their family in Nogales and visit the shelters. Eddie, who asks many general questions about border crossing and often asks for articles and links and contact information, has questions for the people who run them and the people who stay in them.

Monse’s questions may be more specific and harder to find answers for. 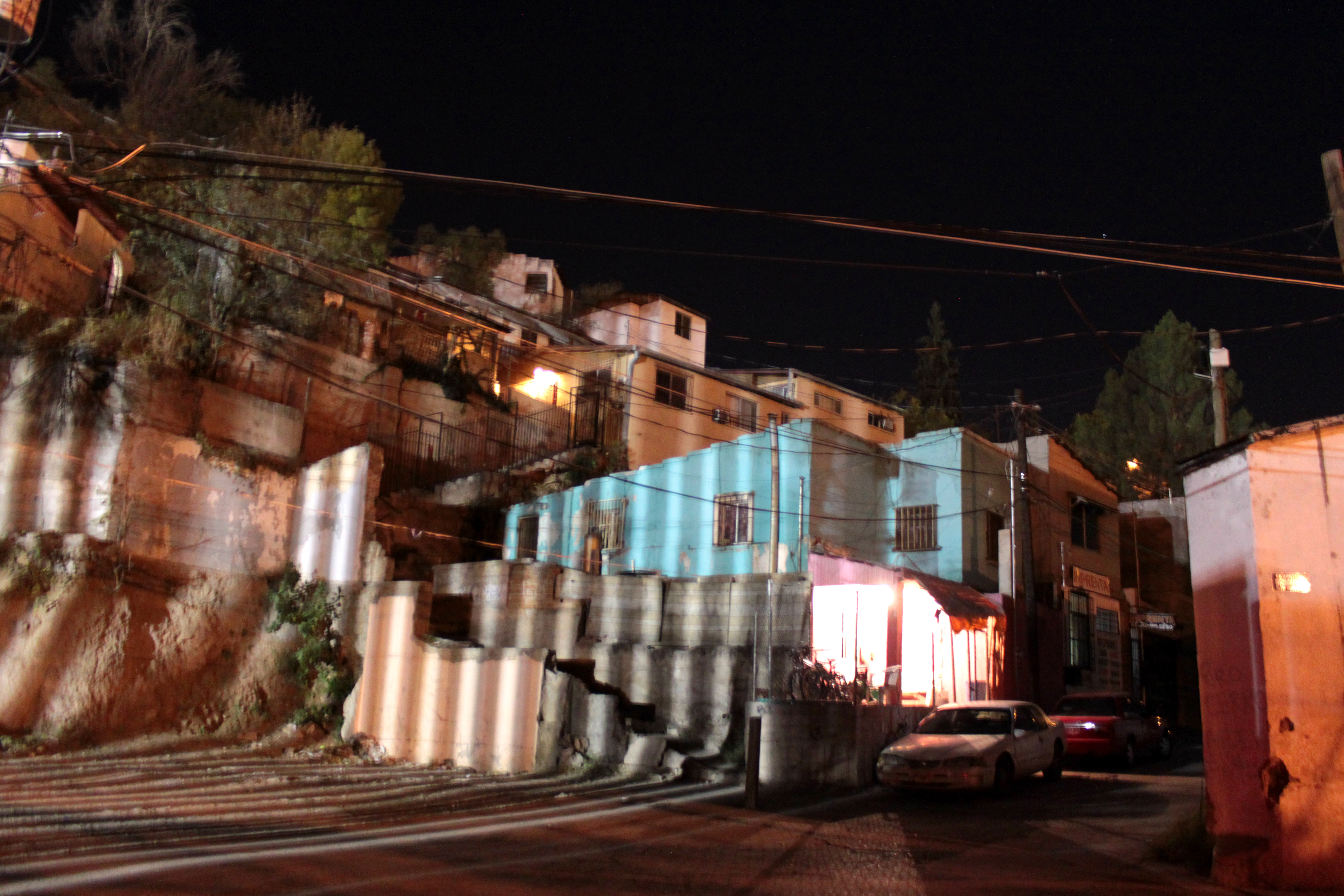 Shadows from the U.S.-Mexico border fence fall across streets and buildings in Nogales, Sonora. – 21 November 2012