(a post discussing sourcing with examples from backgrounding work I did on The New York Times July 23 piece 9 in Deportation Protest Are Held in Bid to Re-enter U.S.)

This week on Tuesday, I got invited to help locate sources and gather background information for a brief follow-up story that Julia Preston was working on.

A big part of reporting is reaching sources – and this becomes doubly high pressure when working on a breaking news or developing story. 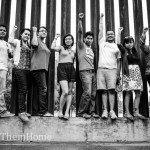 The day before, nine protesters were intentionally apprehended in Nogales on Monday morning. In press releases sent out before the event, protest organizers said that eight young immigrants who’d grown up in the U.S. but then had either voluntarily left or been deported would be protesting family separation (a ninth person joined the initial eight during the protest). They’d try to cross the U.S.-Mexico border at Morley Gate, a pedestrian crossing between Nogales, Sonora and Nogales, Arizona and request humanitarian parole. Along with press releases the organizers were social media including Facebook, YouTube and #BringThemHome on Twitter. The nine protesters were stopped by U.S. Customs and Border Protection and their humanitarian parole has not yet been approved or denied. They were turned over to Immigration and Customs Enforcement for detention their cases for asylum were reviewed.

The nine detained protesters, quickly nicknamed the #Dream9, were unavailable since the group was now going through processing at Eloy Detention Center. (Eloy is one of two Arizona facilities for immigration detainees located close together, less than 25 miles apart, off the I-10 between Phoenix and Tucson. Eloy and Florence are both named after the towns where they’re located and both run by Corrections Corporation of America.)

But I started with a lead: a list of two suggested sources from a colleague who was working on another story.

First I reached out to people directly involved in the story. While the protesters themselves were currently unavailable, I looked for protest organizers who were there in person.

Abdollahi also gave me with names and contact information for other people involved in the event.

Next I reached out to the law enforcement and government agencies involved, in this case, starting with the Arizona branches of US Customs and Border Patrol (CBP) and Immigration and Customs Enforcement (ICE). For high profile events both of these agencies usually issue official statements, sometimes issued preemptively through mailing lists and sometimes upon request.

Public information officers rarely speak on the record without advance clearance, but they are usually highly responsive in sending out official material. I’ve also been lucky to find several public information officers who’ll spent considerable time talking to me “on background” answering questions about how their agencies generally operate. They do not want to be cited on record but they want their work and their organizations to be better understood. They help me get the details right, like agency jurisdictions or arrest and detention procedures, direct me to where to find citable sources for the information and tirelessly answer questions to help me understand the nuances or applications.

I soon had official statements from both agencies to add to my material. Neither agency would discuss the individual protesters, citing privacy concerns, but gave background information on the legal issues involved.

There were still people I was trying to reach – the father of one of the girls and the #Dream9 group’s lawyer. But now it was time to look for additional sources including commentators like other activists, experts and politicians.

I left voicemails for anyone who didn’t answer, adding LMOM next to their names (an abbreviation for “left message on machine” that stays with me from my call center days). When possible I sent an email too – you never know who’s checking their email while on another call or in a meeting. Then I start trying to reach the next person or group on my list. Each I reached a pausing point or a dead-end, I went back to the top of my LMOM list and resumed trying to reach them.

Roberto Lovato is the co-founder and strategist for Presente.org, a national organization political advocacy group for Latino communities, described how the event on Monday inspired him and his predictions that it would motivate others to action. He also suggested additional sources.

Abdollahi had described how NIYA was reaching out to politicians, especially those in the Congressional Hispanic Caucus. I put in phone calls to Senator Dick Durbin, Congressman Ed Pastor, Congressman Raul Grijalva and Congressman Luis Gutierrez (Guiterrez commented on the protest through his social media). Unfortunately none responded by deadline – well, actually I haven’t heard from any of them so far. I did reach Congresswoman Sheila Jackson-Lee‘s Communications Director who said he’d do his best to have her get back to me between meetings and also sent information on an upcoming immigration issues hearing she’s holding next week. (Jackson-Lee’s Houston office was also the location announced by The Texas Undocumented Youth Alliance, or La T.U.Y.A, for a Wednesday evening vigil supporting the #Dream9).

If I’d kept going, next on the list would have been more politicians (this time looking to state and local officials who’ve been vocal on immigration and border issues) as well as academics and activists.

But at this point, I got the red light on interviews – it was deadline time.

As I gathered information all day, I sent information to Preston. Along with writing a separate article on The National Council of La Raza’s annual convention and their political plans for fall, she worked her own sources and started writing the #Dream9 piece. Now I got a chance to read the article and answer any questions from copy editors who were fact checking everything including name spellings, dates and agencies.

And then the story was ready – going up first online and then in the next day’s print edition. (After working on the story itself, my favorite part of this job is picking up the paper in the morning!)

So that’s one way an idea goes from a pitch in the newsroom to a story on your doorstep or in your coffee shop in 24 hours or less.

Overall it was a fast day of having the phone was glued to my ear and never being far from my laptop so I could log incoming interviews, look for more sources and dig for background information. But whether it’s a quick half day story or one I get to spend a year on, I love this job because I get the chance to explore what’s going on and look deeper into things by talking to as many of the people involved as possible.

As I do with each story, Tuesday evening I filed and backed up all my notes on sources and contact information from the day, including those I didn’t reach or have time to call. Now they’re ready to go in case of #Dream9 follow-up – or for the story that breaks next.

See Julia Preston‘s July 23 The New York Times story pulling everything together: 9 in Deportation Protest Are Held in Bid to Re-enter U.S. 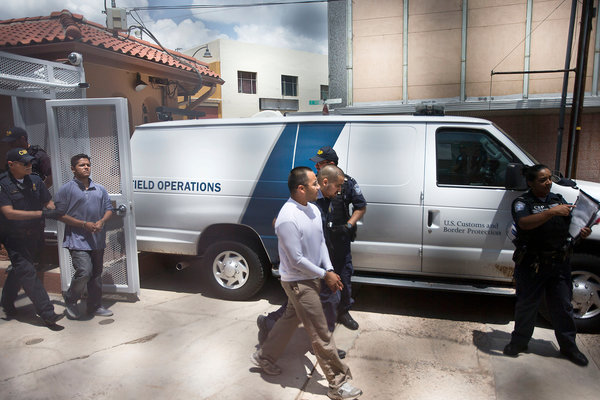