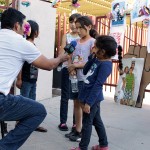 Protests, rallies, marches – they’re all different ways of describing a big public event with passionate people. And that means a big, loud, exciting mix of challenges and opportunities for reporters trying to cover what’s going on.

Sometimes there’s also the people who disagree so strongly they’ll come out and counter protest. This can be a great way to get a mix of viewpoints – or to get caught between two groups shouting.

Immigration rallies in Arizona are definitely no exception. The most vicious political exchange I’ve seen in person so far was outside an event where Maricopa Sheriff Joe Arpaio was speaking.

Some groups rely so heavily on talking points that talking to 20 people gets you the same handful of words no matter what you ask. 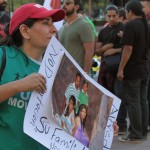 These events also draw people who care deeply about their cause. Some will summarize everything in a few, perfect well thought quotes or draw such a fresh new connection that you trade contact information for follow up and open your computer to an email full of links to research or contact information that helps you drill deeper into the issues and the groups behind them.

Whether they’re vibrant with energy or have more journalists than participants, there’s a balance between trying capture the moment (did you get a good description of the atmosphere, catch the speakers’ best line or see when the federales arrived?) and keeping everything in context (is this protest larger or smaller than the last one on the same issue? more or less extreme? nearer or further from a place that has food, water and internet so you can start to file?). 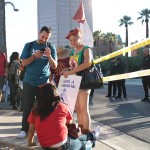 And don’t forget the opportunity to jostle for that one perfect photo that captures the essence of why everyone has left their home or work that day.

Anyway… Monday’s march to shut down U.S. Immigration and Customs Enforcement offices in Phoenix was no exception.

Well, it was a little odder than usual – because the building was already shut down. So as the minutes and then hours after the appointed start time ticked by, we wondered: with the building already closed, would the protesters have anything to do?

The answer: they declared victory & made the best of things. 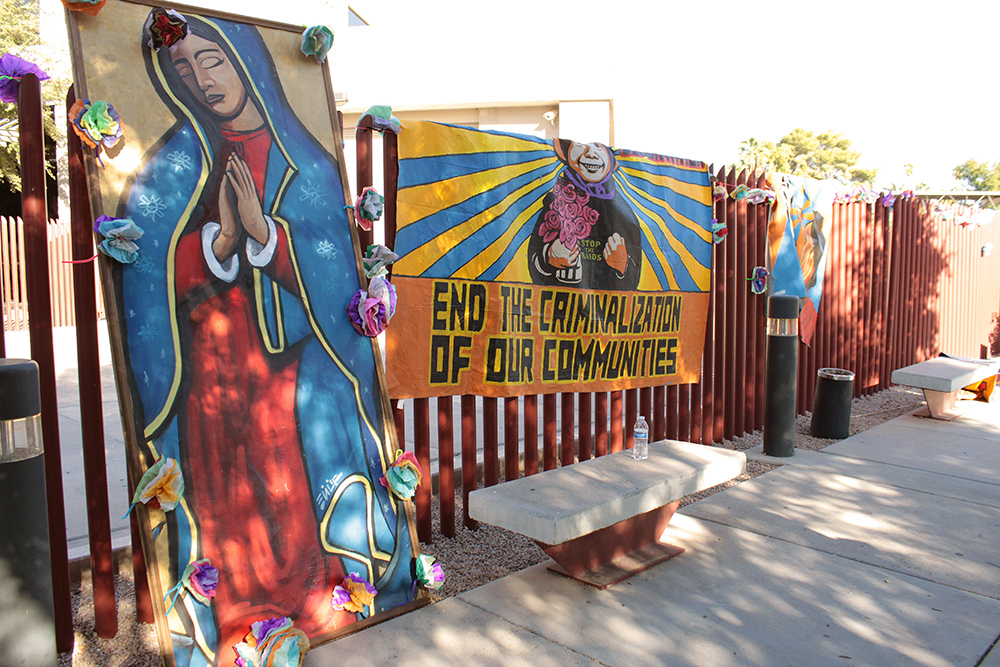 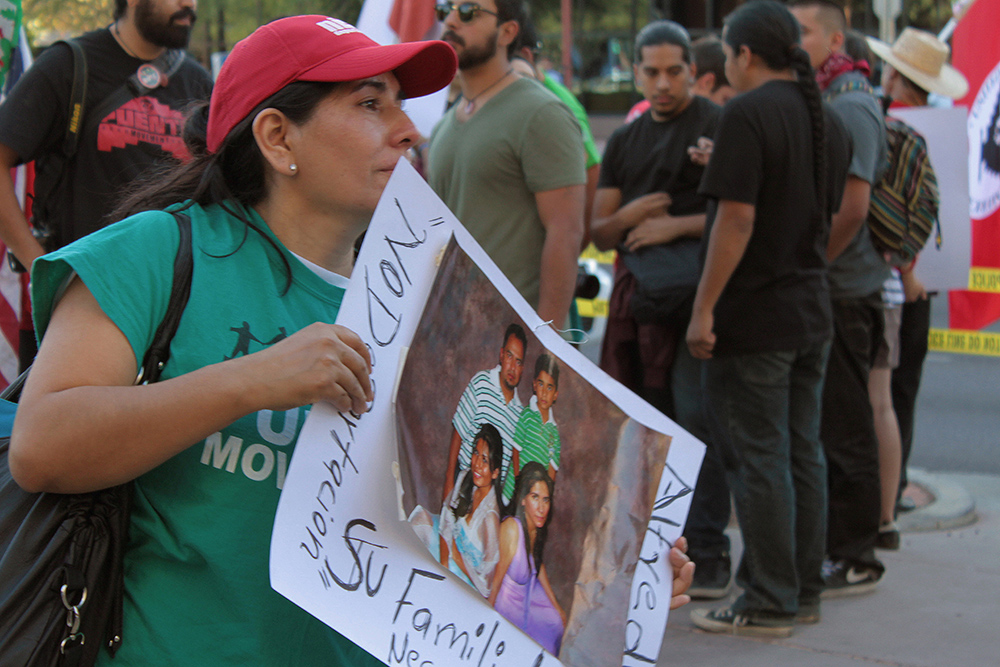 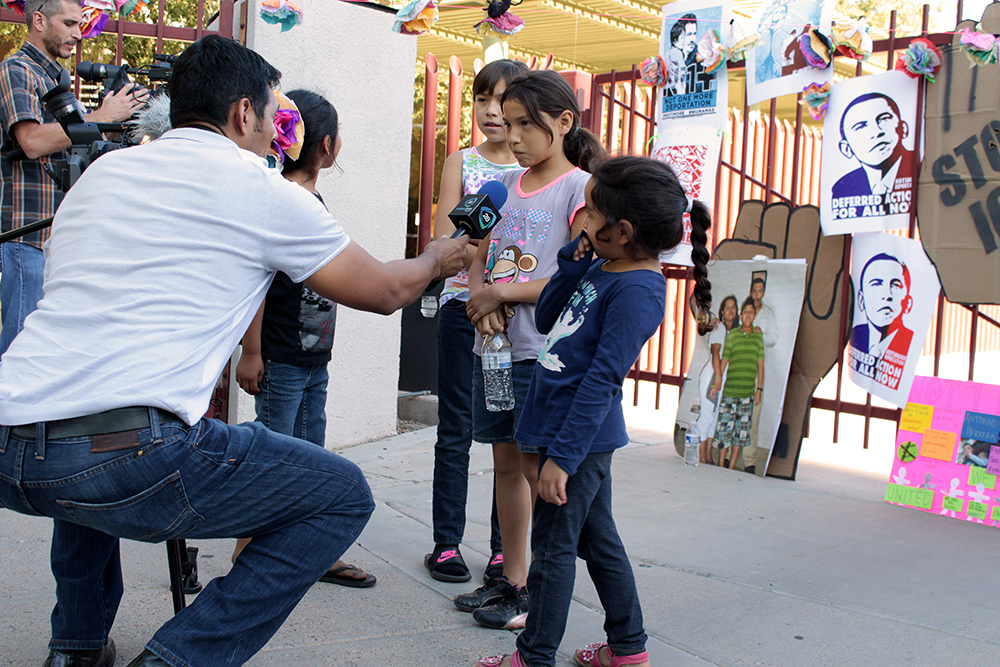 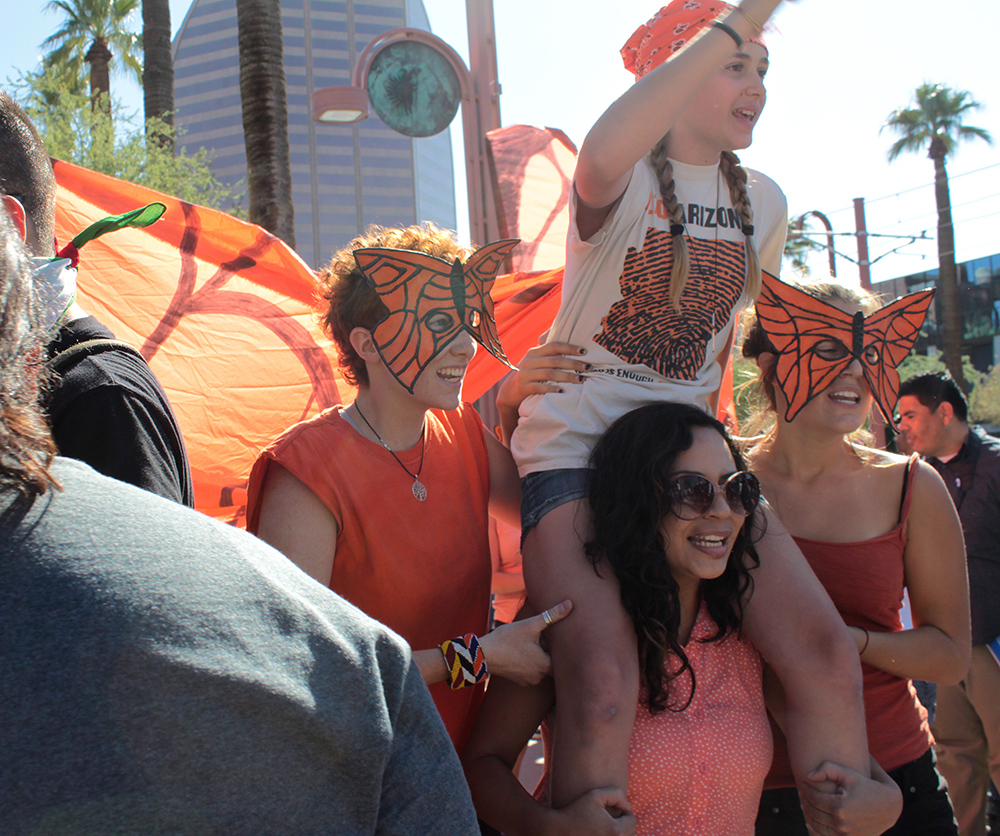 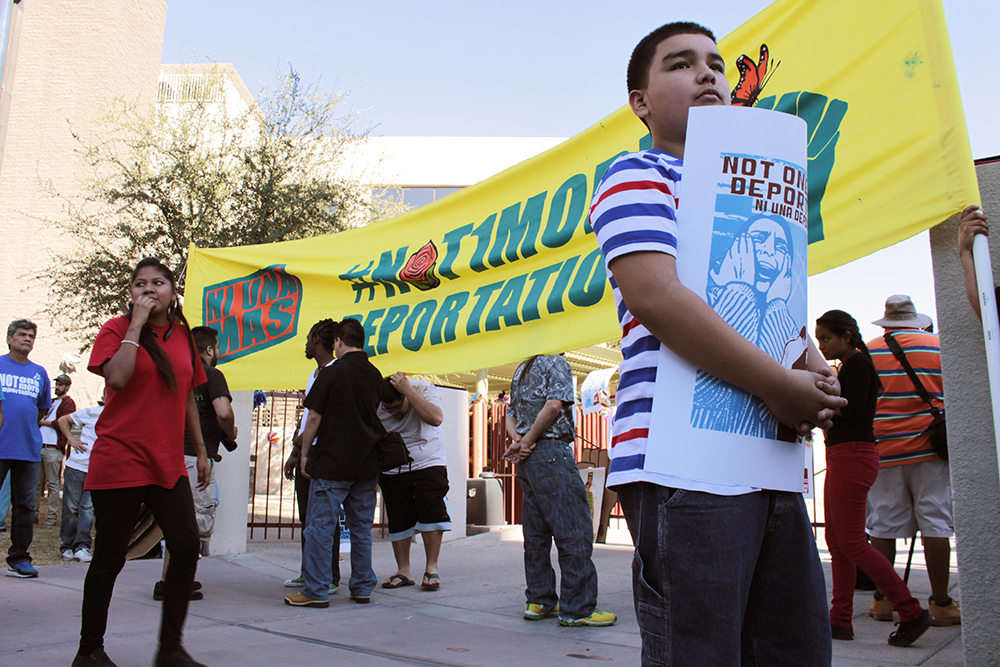 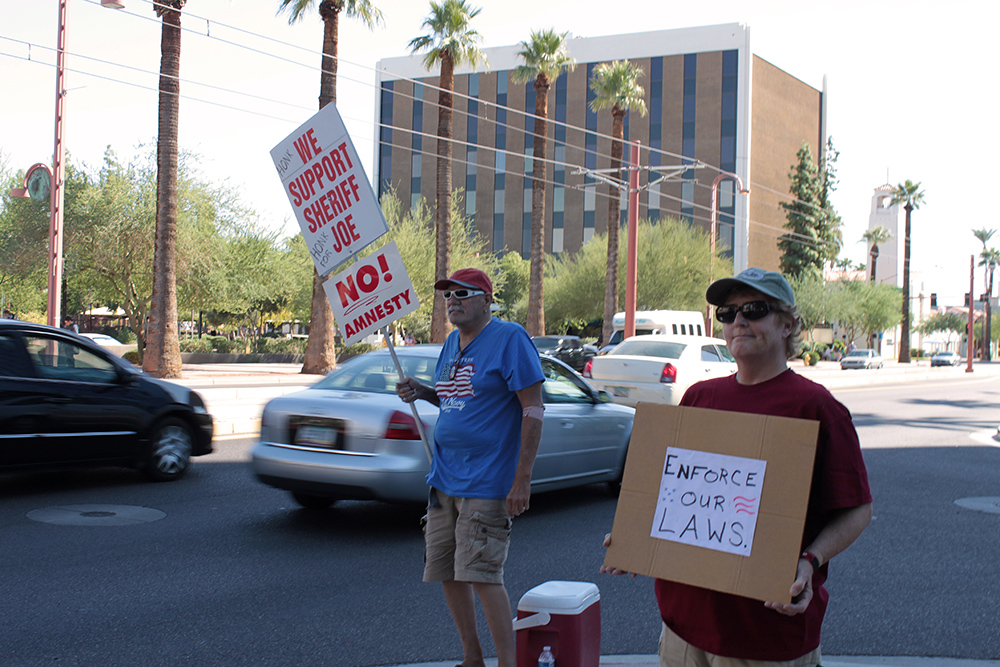 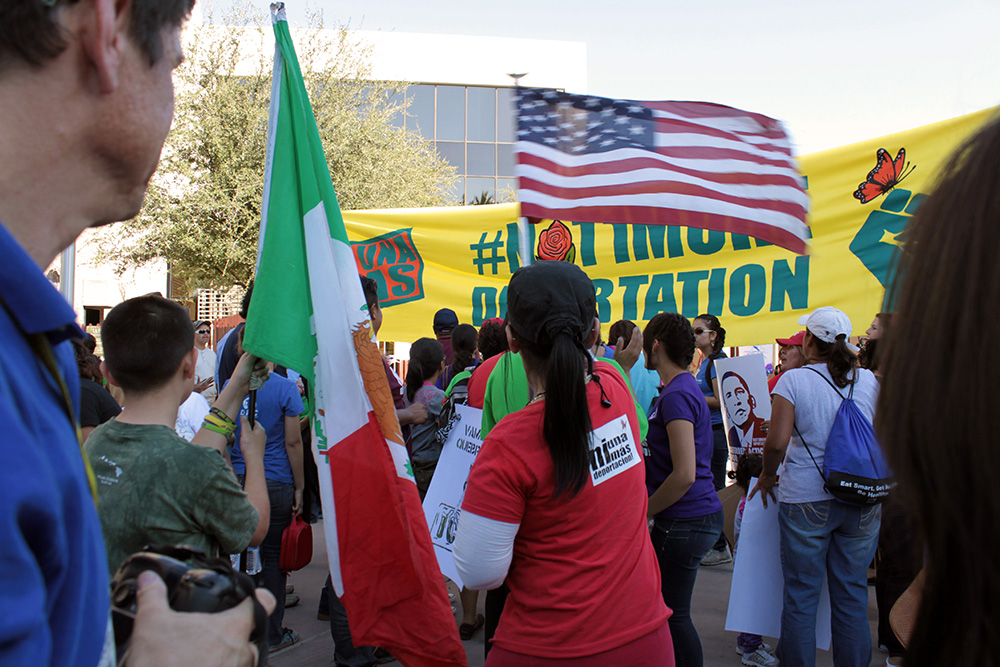 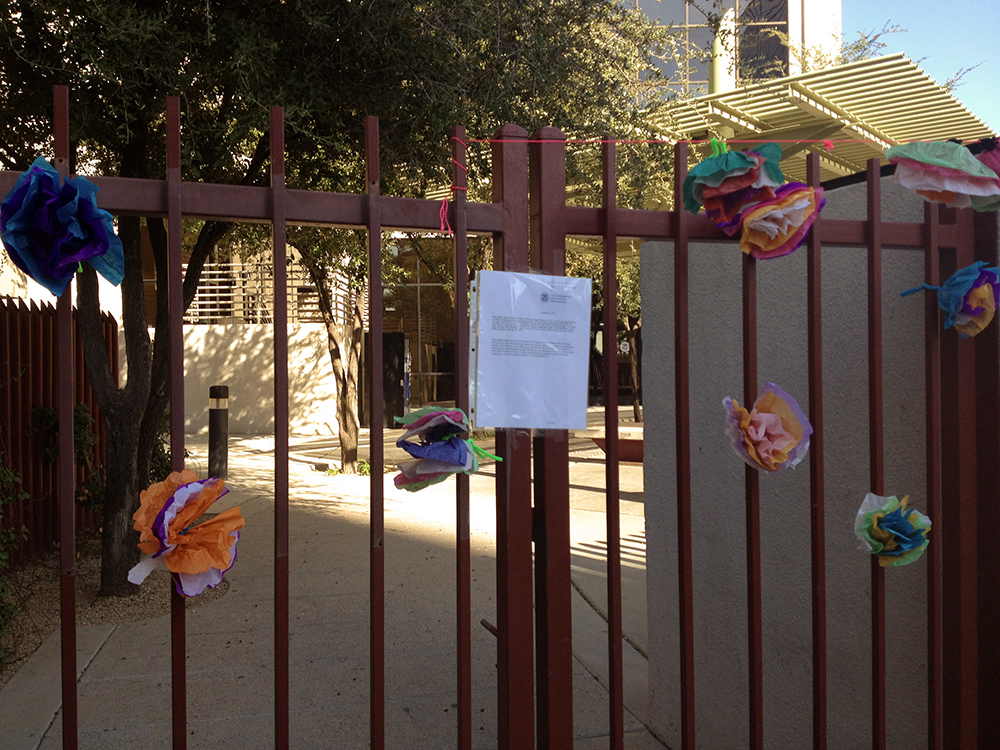 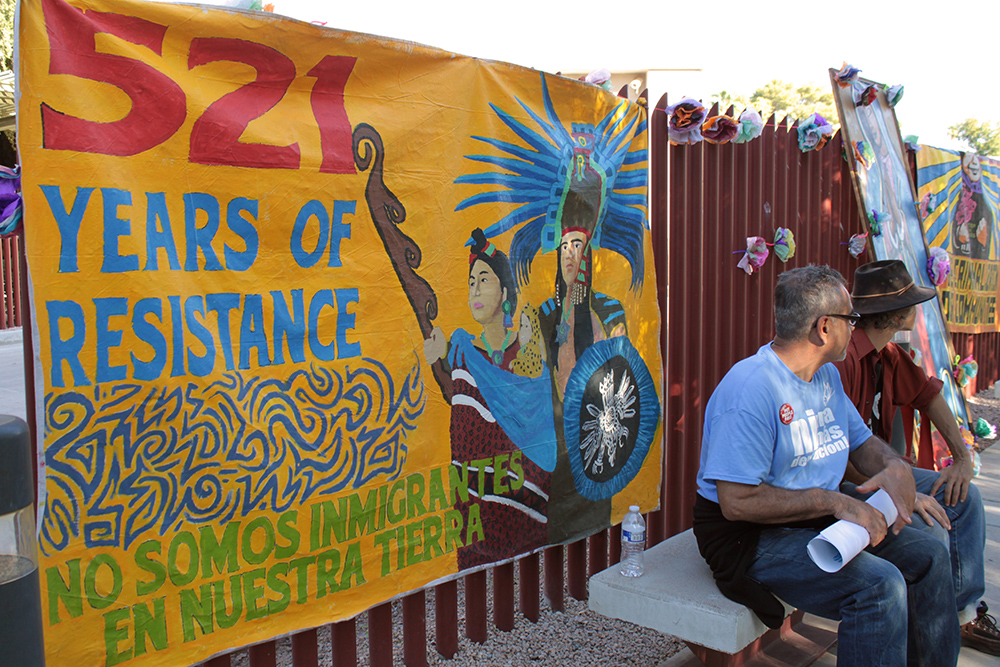 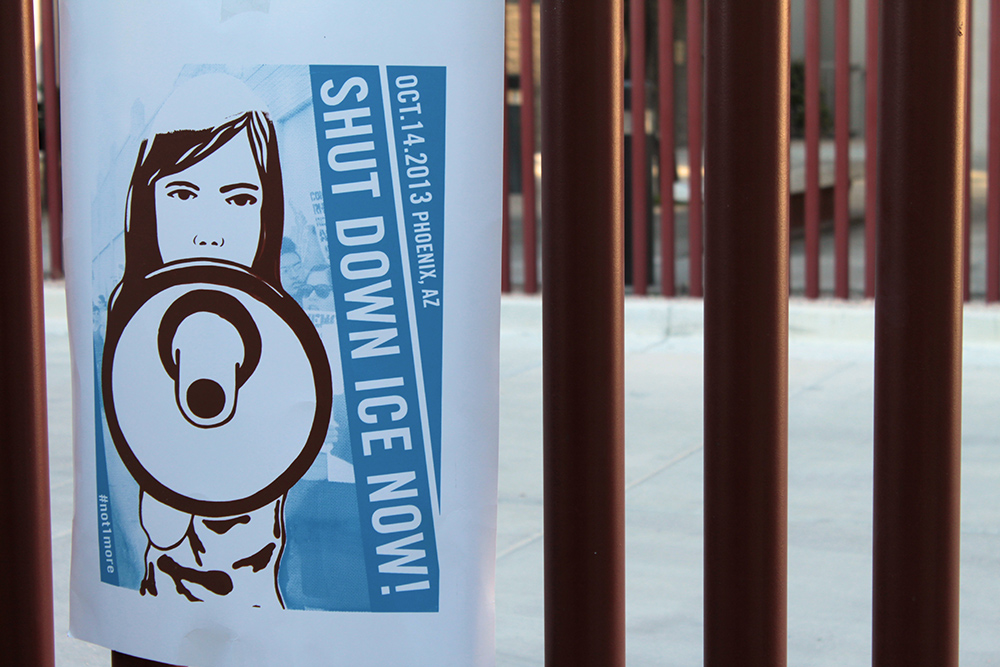 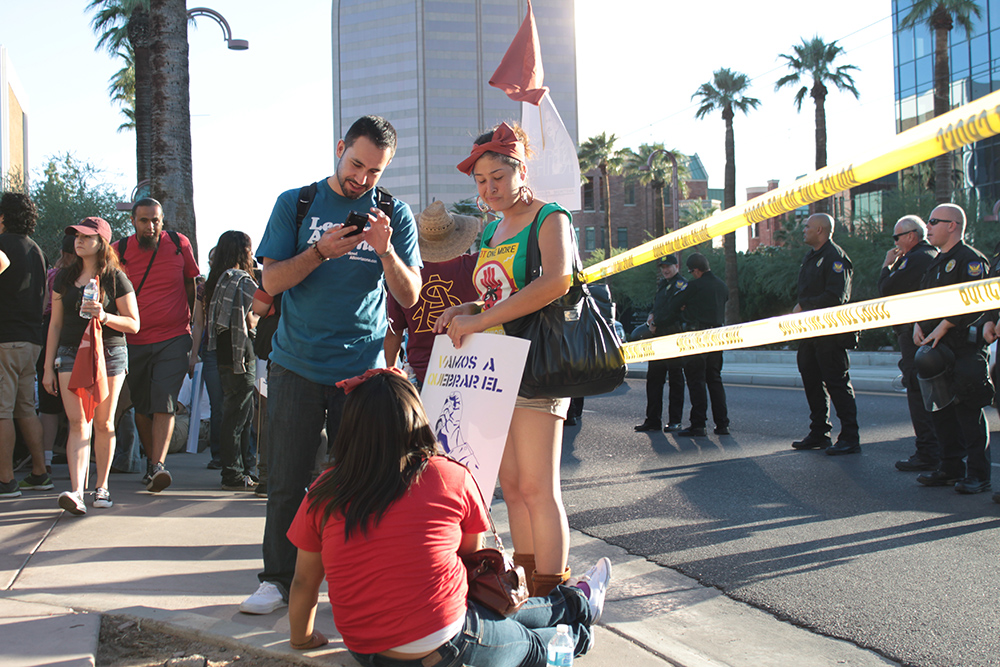 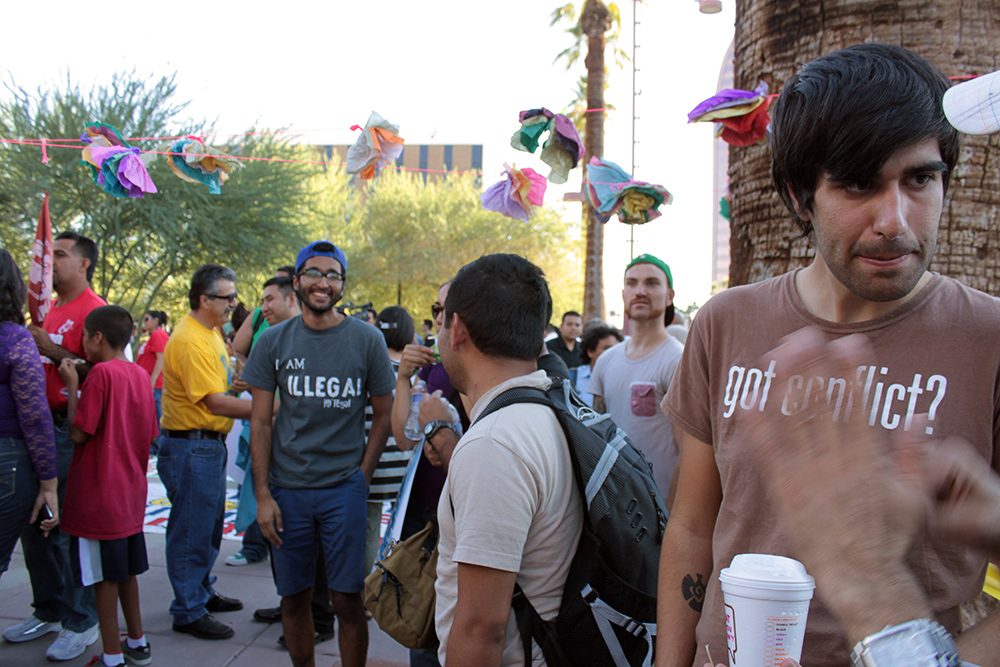