This is the second of a three part series on hiking in southern Arizona with humanitarian volunteers: Part 1, Part 2, Part 3 & photo gallery 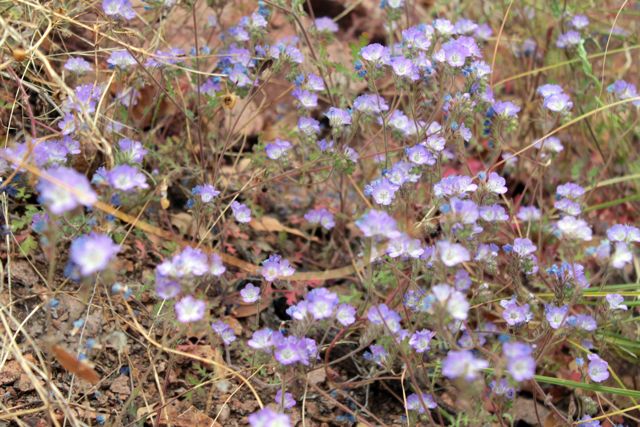 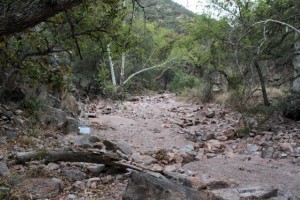 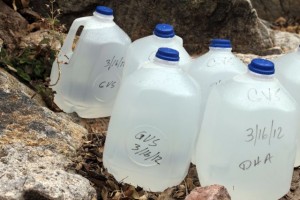 About 10 minutes in we come to a cache of water jugs. Each has a date and initials written on it in black sharpie to help trace when and where it was left. The movement of these jugs helps Samaritans monitor the trails by indicating how busy they are and also being able to trace them backwards to their drop points when they’re found in other locations. Throughout every Samaritan trip I’ve been on (currently four and counting), nearly every generic looking gallon water jug we see triggers a ritual, a search for these markings so that the information can be logged in the trip report back at the vehicle.

Today, all the jugs are full and covered in rain drops from the weather earlier.

Here and there we see more bottles, but these are empty gatorade or Jumex cartons or soda containers and their lids. There’s metal cans, most missing their labels and starting to rust.

There’s occasional backpacks, jackets and pants but not as thickly as I saw on the Tumacácori trails two years ago. Also missing are the energy drinks – Red Bull and Monster – that seemed so ubiquitous there that I began to wonder if the migrants were being split into two competing teams with different advertising sponsors.

Since we string out a little as we walk and stick to the canyon’s crunchy riverbed, the noise makes conversations brief and draws out pauses. There’s more than enough opportunities to get lost in thought. 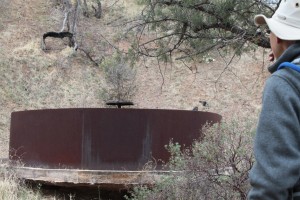 Sudden movement on the trail is startling – we freeze as deer shoot across the trail and up the ridge to our left. My camera’s up instantly – yet it only captures their absence as they disappear over the ridge. We stay frozen for a few long moments.

Then the spell breaks with nervous laughter and exclamations on how fast they were. We wonder what will come across the trail next, if that’s the most exciting thing will get today – or just the beginning.

And then we start again.

Step after step in crunching rhythm, trying to stay alert for signs of other hikers without losing our own balance. We move through fire damage from summer blazes and past stranded water tanks from some mysterious failed attempt at agriculture or ranching.

At a fork in the canyon, Bob tells us that we’ll go left first on a route he’s already mapped but if we want to, we can explore the right branch on the way back, which he hasn’t seen yet. He also tells us we’re getting close to the border, maybe a mile or a mile and a half – we’ll probably reach it before our next break. 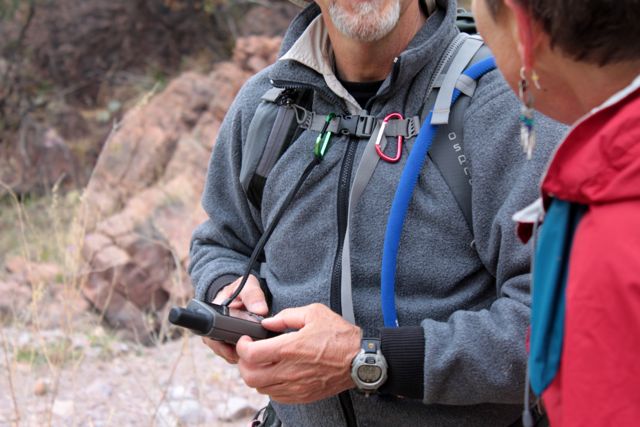