If you run into trouble or out of water in the desert, finding help may be essential to your survival. From local police and sheriff’s departments to elite Border Patrol units, law enforcement in southern Arizona regularly rescues migrants who’ve gotten injured or ill, as well as recreational hikers, hunters and off roaders.

But many people, especially migrants, can’t call for help when they most need it. Cell phone reception is weak and patchy, and some pollers demand that migrants leave their cell phones behind before crossing the border, if they even had cell phones to begin with. Many are also afraid of any contact with law enforcement.

As border deaths began to rise steadily, a group of humanitarians in Tucson began to wonder what they could do to save lives. 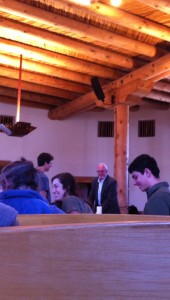 No More Deaths and Samaritans were born out of the same group that created the Sancturary Movement, intended as a 20th century underground railroad for refugees of Central American conflicts, decades earlier. These are currently two of the humanitarian groups in Tucson focused on border issues. The main difference between them is that Samaritans are mobile, moving through the desert from highways to foot paths while the No More Deaths volunteers are based out of a permanent desert camp named after author Byrd Baylor.

At the beginning of this month I drove to Tucson for another one of their joint monthly training sessions. Each of the sessions covers regional history, civil initiative training and background on area humanitarian groups – as well as basic medical training for navigating the desert and legal training for encountering law enforcement.

These trainings are a wealth of information.

They take place in a Presbyterian church on the south edge of Tucson. It’s construction is Kiva style, with smoothly polished light colored wooden benches ringing the pulpit under darker wooden beams. A ring of seating built into the wall has piles of brightly colored square cushions embroidered with animals – grasshoppers, birds, lizards. High, small alcoved windows let in some light but keep the building cool – after sitting in on a summer event, stepping outside is a shock to the senses.

Before we begin, a group of college students preparing to spend spring break at the desert camp clear out to pile into vehicles for their next event.

This training session, as with the others I’ve seen, has a mix of experienced volunteers and total newcomers. A young woman studying nonviolence wears boots and flannel, an older couple are smartly dressed as though they came straight from morning services and everything in between when it comes to age and formality.

At the first session I first attended, I learned a lot about desert conditions, later borne out by further research and experience, as well as medical conditions later supplemented by law enforcement, doctors and the ME’s office.

When Samaritan patrol groups make desert trips, each group includes at least one experienced volunteer and, if possible, someone who speaks Spanish and a trained medical professional. But to prepare for the unexpected, every volunteer carries emergency contact phone numbers and gets taught at least a few Spanish phrases (¿agua?) and to identify and triage signs of a medical emergency:

When to call 911
• if someone cannot talk, walk, eat, drink, or breath
• if someone seems unstable and disoriented
• has chest pain or severe pain
• if there’s a snake bite
• if someone asks you to
Unsure? Get a second opinion.

There’s also triage treatment for hyperthermia, hypothermia, bites, stings and injuries like breaks and fractures – all of which can become life threatening if mobility is impacted and leave you unable to get out of the desert.

Besides the practical information, there’s the volunteers themselves. Many have been involved with or at least following border issues for years. They belong to a wide variety of professions including medical, legal and academic. They’ve clocked hundreds of hours walking thousands of miles of trails. And each one has their own personal border stories to tell, some of which they’ve collected and published. Most will speak freely of their experiences and observations – all you have to do is ask.

But after three outings and plans for more, I can guarantee you that no amount of reading or listening can replace experiencing the desert yourself. 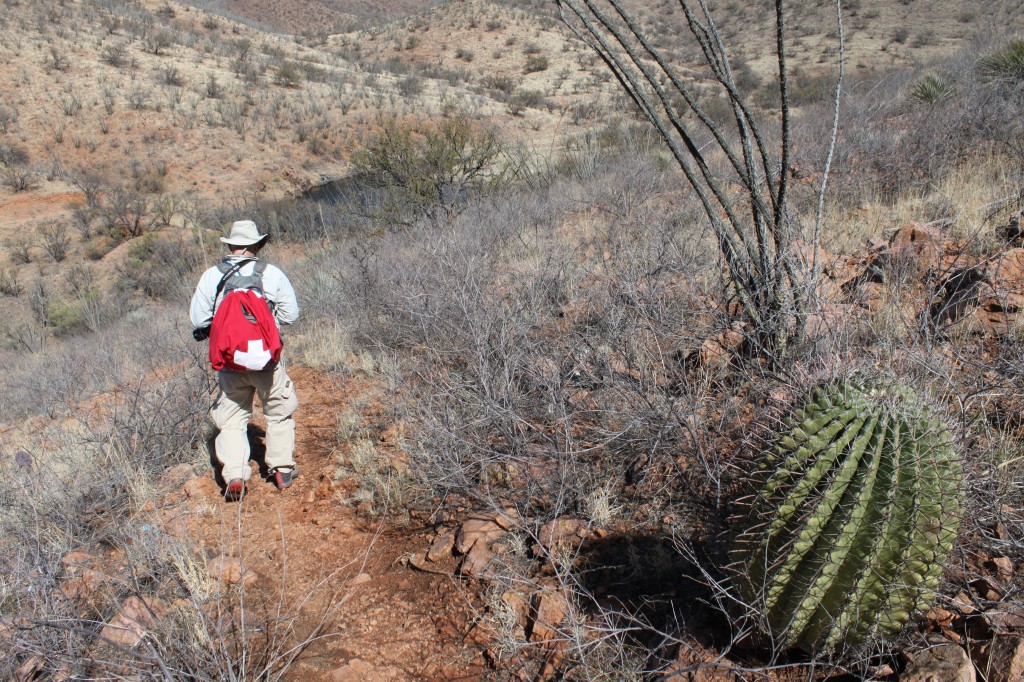