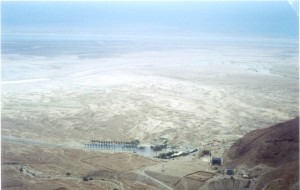 Before moving to Arizona in 2009, I had only briefly been in desert conditions, a few winter days in the Negev that included the view from Masada towards the Dead Sea, all dunes and crags and distance.

Driving south from Phoenix for the first time, I was confused – I looked for sand but saw scrub.

From the highway, I was looking at a landscape full of plants. The trip could be made in two hours and I was told that crossing points in Nogales were only an hour further. The temperature dropped as we rose in elevation. The mountains had snow on them.

A desert is more than sand, of course. It’s a lack of precipitation, and the biggest desert in the world looks nothing like the images of the Sahara, Arabian, Kalahari or Gobi shown in my elementary geography textbooks.

Private ranchers and farmers are an important, vocal and often highly organized group in Arizona politics, but little of the land along the border is in private hands. State land is managed by the Bureau of Land Management, large swaths are under federal management for conservation (The Cabeza Prieta National Wildlife Refuge, Organ Pipe Cactus National Monument , Buenos Aires National Wildlife Refuge and Coronado National Forest and others belong to the military (the Barry M. Goldwater Air Force Range and Yuma Proving Grounds). And then there’s the Tohono o’Odham Nation, a sovereign territory that continues south into the Mexican state of Sonora.

Despite the major highways running north from the border that convert the state into an artery for cross border trade, most of these huge areas of territory are inaccessible by roads or regular vehicles. Cell phone coverage is notoriously spotty and unreliable, making even reaching emergency services a challenge.

That doesn’t phase many hikers, hunters and general outdoor enthusiasts like those who spoke to KPHO reporter Morgan Loew about their border experiences. With proper preparation and plenty of supplies, especially sunscreen and water, going out for a short period of time isn’t terribly risky. Experienced naturalists like the perpetually barefoot Cody Lundin from the Discovery Channel’s Dual Survival can go even longer with less (in fact two of their season 1 episodes deal with desert survival, one of them in Arizona).

But even a small problem can make things turn very dangerous very quickly (link to the story of off road hikers and vehicles where people have died).

The combination of unpredictability and extremes leads directly to fatalities. 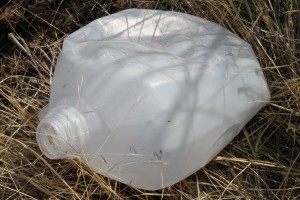 Even for brief desert visitors, it’s hard to anticipate what conditions will occur. Being fully prepared means having everything from blankets to multiple gallons of water per person per day with you – far more than can easily be carried on foot.

Injuries or broken equipment can lead to being stranded – vulnerable to brutal weather conditions and encounters with wildlife from scorpions and snakes to panthers and javelinas.

Most border deaths are attributed to the environmental exposure.

When something goes wrong in the desert, running into someone else may mean the difference between life or death.