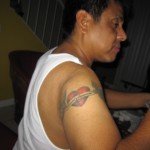 A year ago, through his brother-in-law Eddie, I learned how a Los Angeles area hair salon owner named Andy had gone missing along the U.S.-Mexico border, trying to return home after burying his mother in Sinaloa. A few weeks after his disappearance, Andy’s large family of brothers and sisters, spouses and cousins, nieces and nephews-in-law were scared and anxious. They turned to each other and individually they turned to outside sources including friends, hospitals, law enforcement and psychics on both sides of the border, even questioning the potentially dangerous coyote smugglers paid to safely guide Andy home – but they weren’t finding answers.

One year later, they know barely anything more than they did when Andy first went missing.

Here’s what they know (also used to generate Andy’s timeline):

Born in Sinaloa in November 1965, Andy came to the United States in the 1980s. Eddie said Andy came on a visa and tried to apply for a green card*, but “something went wrong with the lawyers.” By the time Eddie met Andy’s sister Monse in 2007, Andy was running an established hair salon and employing eight people in the Los Angeles area.

But in December 2009 their Andy and Monse’s mother fell ill – a broken hip developed nasty complications including internal bleeding – and Andy was determined to return to Mexico to bury her and settle her affairs.

The family urged Andy to stay in the United States, telling him, “Don’t go, you’re in the process of fixing your papers.”

But Andy was determined.

Eddie recalls him saying, “You know, I wasn’t there for my dad’s funeral – I’m gonna go for my mom’s. No matter what, I’ll be able to go.”

After the funeral, Andy faced dangerous decisions about coming back to the United States.

Eddie said that concerned family members urged Andy to wait until they could find a legal way – but that might take years and Andy was anxious to return to his business. In his absence the business was being managed the only family member who’s yet begun school at the college level, his niece Nid.

Starting in September 2010, Andy tried to cross three times into California: first with a $200 fake passport in Tijuana, then from Mexicali, then again from Tijuana. Each time he failed.

A family connection offered to use his smuggling connections to help Andy cross through Arizona. He even offered a discount – $3,000, half paid upfront and half after the successful crossing.

Andy’s last contact with his family was July 16th, 2011. He was scheduled to cross in the next few days, July 21st at the latest, he told them, and would be leaving his cell phone behind “.” Andy also asked for $100 to be wired to him through Western Union so that he could buy supplies – but he never picked the money up.

Two weeks after the 21st his family began to get calls from unknown numbers. The callers claimed to have “someone you were waiting for who was crossing” – but hung up when asked questions about who or how. A niece traveled to Nogales but was told to stop asking questions. I was one of many people Eddie reached out to for general information.

The fall of 2011 was filled with leads that led nowhere.

The family traced Andy’s journey, recovering his backpack and other belongings from Tijuana and Nogales, and debated whether or not it was safe to file missing persons reports with law enforcement in Mexico or the U.S. Eddie gathered documents, visited humanitarian volunteers and filed reports with local law enforcement and with NamUs. Monse and other family members went to brujas.

And then it got even quieter.

Even the arrest of the person Andy went to for help crossing the border, Fidel, failed to lead to any answers.

At the end of July this year I asked Eddie how his wife Monse and her family are handling Andy’s disappearance one year later.

“They talk about it,” Eddie said.

Between Eddie and Monse, there are differences of opinion over issues like talking to law enforcement, the brujas and other family members responses that are difficult to talk through.

“She’s very quiet and to herself,” Eddie said. “With her own family she’s not but anyone else, she’s very reserved.”

He and Monse still find ways to deal with the situation together.

“We pray much about I,” Eddie explains.

But as the anniversary passes, marking a year of searching, Eddie admits, “I’m really exhausted by now.”

A full summary of the first year after Andy’s disappearance is at Questions Still: Andy’s story 2011-2012.

An ongoing timeline of Andy’s travel and his family’s search is here.

* Eddie has not described the details of Andy’s case. However, there is considerable general evidence that immigrants as a group are notoriously vulnerable to fraud when trying to get legal help. The situation can be exacerbated by advertising that plays on cultural and linguistic differences related to the term notarios which means a full fledged lawyer in Mexico but not in the United States. Illegal immigrants are less likely to report scams and fraudulent legal advisors because of their own precarious legal status. This may or may not have been the case with Andy.

One thought on “Questions still: a year of living with the unknown”

One thought on “Questions still: a year of living with the unknown”